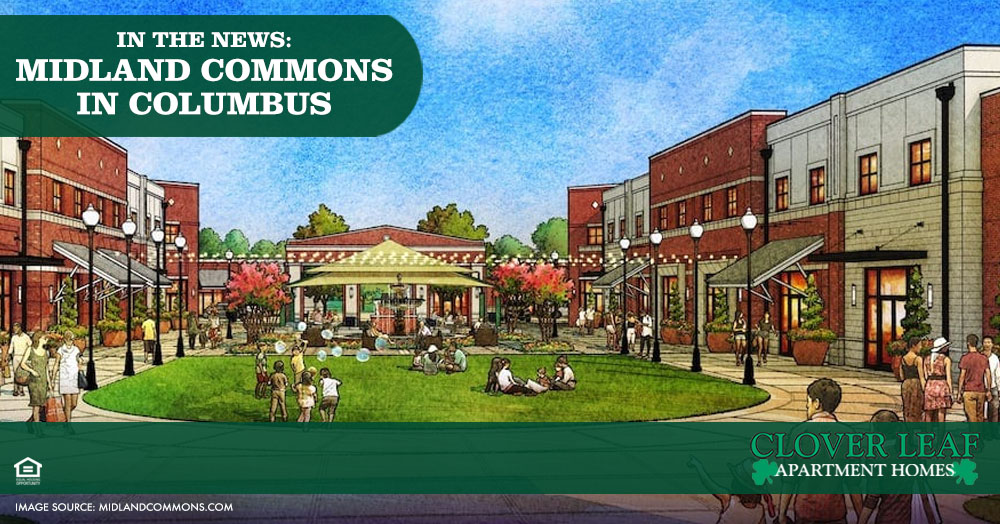 Construction for Midland Commons in Columbus is well underway and will hopefully continue with a renewed vigor thanks to additional funding.

Midland Commons in Columbus is a mixed-use development project spanning more than 80 acres. It will include a range of new businesses like retail shops, dining options and more. Plus, developers have announced plans to open a 48,000-square-foot Publix Supermarket. Currently, residents and visitors can stop by the now-open Popeyes.

Other known businesses coming to Midland Commons include a Culver’s and a Zelmo’s Zip In convenience store with an attached Arby’s.

Midland Commons in Columbus is at the intersection of JR Allen Parkway and Manchester Expressway on the north end of town.

For GPS purposes, the exact address is 6801 Flat Rock Road.

The development will be receiving the first of many payouts from the Tax Allocation District funds. What does that mean exactly? In a nutshell, it means Midland Commons will receive an  estimated $14.5 million throughout the next 20 years for continued construction and development.

According to recent reports, an initial payment of more than $60,000 will be issued soon. Over time, the payments will slowly increase. In the original TAD agreement, funds were designated for, but not limited to, the following:

Ready for the best part? From Clover Leaf, you can be at Midland Commons and all it will have to offer after about a 15-minute drive!

Not yet a resident? Contact us to ask about our upcoming availability. For more community news, events and spotlights, continue to read our blogs!